With the success of television shows like Downton Abbey around the world, many people have become fascinated by England and its culture. While it is a modern country, it still has old world charm and many picturesque towns and villages to lure tourists. If you are considering a trip to England, here are five picturesque places you should consider visiting:

The biggest claim to fame that Runnymede has is that this is the place where King John signed the Magna Carta, the basis for democratic governments everywhere today. The Magna Carta limited the role of the king and codified the rights of all citizens. This picturesque area is located along the River Thames, which is about 25 miles from London. While it no longer displays signs of its medieval history, Runnymede is a must see location for anyone with an interest in the history of civil government.

This small village is located about a mile from the English Channel and has a population of about 500 people. The main attraction is its ancient buildings. This includes a long street of stone houses, some of which have thatched roofs that date back to the 16th century. Hills and woodlands surround the village. The medieval history of the village is evident from viewing Abbotsbury Castle. Abbotsbury has long been considered one of the most beautiful places to visit in England. 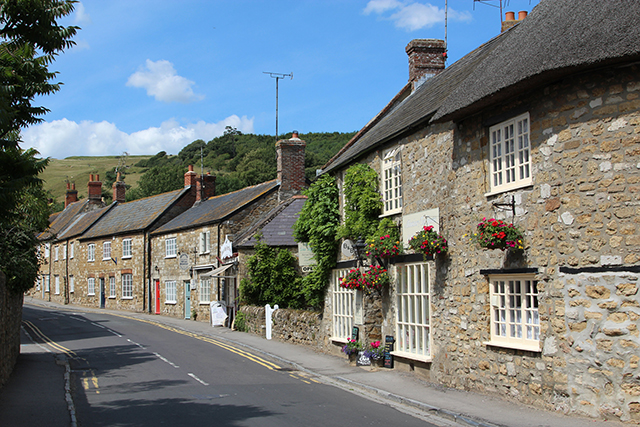 This county in England is located in the West Midlands and has a history that dates back to the 7th century. The county has a population of about 570,000 people and a great deal of the northeast is industrial, with the rest of the county being more rural. There are many indications of its ancient history with scenic stone bridges, castles, guarding rivers, and stone buildings dotted throughout the more rural areas of the county.

If you are one of the many worldwide fans of Downton Abbey, you have already seen pictures of the beautiful county of Oxfordshire. While the residence of Downton Abbey is actually Highclere Castle located in the county of Hampshire. The outdoor scenes are actually shot in Bampton, which is located in Oxfordshire. The most notable community is Oxford, which gained attention in the 8th century. Oxford is home to the University of Oxford, which is a well-known university throughout the world.

The county of Cornwall is surrounded by water, giving tourists many small, beautiful coastal communities to visit. The Celtic Sea borders the north and west of the county, while the south is situated on the coast of the English Channel. If you want to visit a typical foggy area of England, the county of Cornwall gives you the perfect opportunity to do so based on its location.

There are many picturesque locations in England, whether you prefer the modern sites of London or the more pastoral rural areas like those in Worcestershire and other communities. If you are unable to visit those places in person, you can always purchase professional pictures of these beautiful areas to hang in your home.

What To Carry and Bring for Your...

Things You Should Consider When Chartering A...

How Should You Find the Best Vehicle...

Buy or Rent a Yacht in Miami...