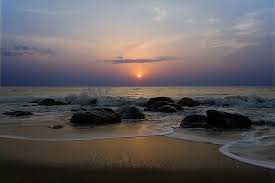 Chennai, the capital city of the state of Tamil Nadu is an amalgamation of many elements. Known for its strong cultural ties, the city has also grown into an important economic hub in South India. It is known for its automobile industry – an alliance that got the city its nickname of the “Detroit of India”. As the sixth largest city in India and with a varied population that includes locals, expatriates and a host of immigrants, the city is a busy one. Fortunately though, Chennai is blessed with beaches that are beautiful and make for a compulsive visit. Here’s a compilation of the best beaches the city has in store for you. 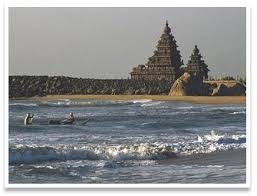 Located at a distance of about 40kms from the city of Chennai is a small fishing town by the name of Covelong. Popular for its serene ambience and comparatively secluded nature, the Covelong beach comes with history that dates back to the 16th century. It is especially enjoyable on account of a range of water sports and activities that include wind surfing and swimming. Its vicinity is dotted by churches and monuments that take you back in time.

Credited with being one of the cleanest beaches in India, the Elliot Beach is easily accessible from all prominent hotels in Chennai. It is within walking distance from the southern end of the Marina Beach and is a great spot to catch a glimpse of exotic birds like Herons and Flamingos. The southern end of the beach is protected by the Ashta Lakshmi Temple and the Velanganni Church – places of worship that are greatly revered by locals and tourists alike.

A 13km long stretch along the Bay of Bengal, the Marina Beach is the longest natural beach in India and the second longest in the world. With an average influx of 30000 visitors on weekdays, it qualifies as the most popular beach in Chennai. Surrounded by shops and food stalls, the beach is also adorned with an aquarium, a jogger’s track, memorials and statues – making it a great place to relax and unwind with friends and family.

A beach bordering a theme park is quite a rare find and the VGP Golden Beach located on East Coast Road is just that. A destination often featured in cinemas, the VGP Golden Beach is an ideal place to spend quality time with friends and family. While visiting the beach, be sure to spend some time in the adjoining theme park that is equipped with thrilling rides for both children and adults. Clear waters, soft sands and adventure rides are sure to leave you rejuvenated and refreshed.

What makes Bangalore the best city to live in India?

Gems in the crown of Nainital

A Note On Various Types Of Travels

Buy or Rent a Yacht in Miami...

HOW MANY WAYS DO WE USE THE...

Why Rent a Villa in Hua Hin?

Try out a Yurt for your next...

A Top-Rated Vacation Site To Stay And...