The “Gap Year” has been popular throughout the UK for several years now, and students from around the globe are now starting to consider taking his or her own “Gap Year.” The idea of taking time off from school can be intimidating to some, particularly as many worry that they may forget what they have learned or that taking that year off will have a negative impact on their studies. However, research continually suggests that taking a Gap Year has immediate as well as long-term benefits for students and their performance both personally and professionally.

What Is a Gap Year?

A Gap Year rarely involves sitting around on the couch watching television. Those who chose to take a Gap Year typically make the most out of their time and spend these precious months:

How a Gap Year Can Help You

There are three key areas where having a Gap Year can significantly help you: educationally, personally, and socially.

The Educational Benefits of a Gap Year

Taking a Gap Year helps prevent academic burnout. Universities have found that students who take a Gap Year have a higher GPA, are more engaged in campus life, are more likely to graduate according to their planned time schedule, and have greater clarity in their career goals and ambitions.

Enjoying a Gap Year can even help students get into better schools. Research has shown that students who take those 12 months to themselves are able to get into better universities than those who do not.

The Personal Benefits of a Gap Year 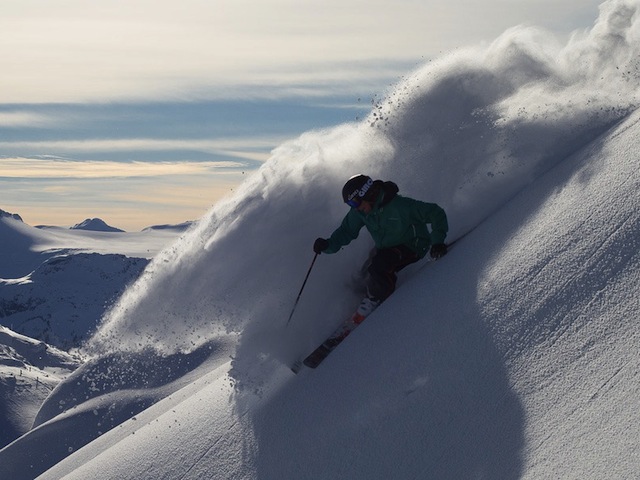 An increase in self-awareness is the primary personal benefit which comes with taking a Gap Year. Students who take a Gap Year:

The Social Benefits of a Gap Year

The life experiences which a student enjoys during his or her Gap Year are often so significant that they enjoy a better and more fulfilling social life. Those who take a Gap Year are forced to step outside of their comfort zones and gain a new perspective on and appreciation for life. Not only does taking that time to one’s self increase an individual’s wealth of things to share and speak about, but it also places individuals into new and interesting situations where they will meet and interact with a variety of different people.

Why Spend Your Gap Year in the Mountains

The benefits of taking a Gap Year are vast, and those who spend it skiing and traversing the mountains are able to make the most out of this time.

In the UK, there are a few companies or schools which will actually train Gap Year students and provide them with the skills necessary to become a qualified ski or snowboard instructor. Through these courses, individuals are able to pick up invaluable ski and snowboarding skills which they can use when they hit the slopes. Other benefits include:

Making the Most Out Of Your Gap Year on the Slopes

The advantages of taking a Gap Year are clear, but they can only be fully enjoyed by students who properly plan and do their research.

Students who are considering taking a Gap Year in the mountains should start researching and planning for it as soon as possible. The accredited schools which offer ski and snowboard instructor courses are in high demand, which often results in lengthy waiting lists.

Choose a School Serving a Location of Interest

Those who want to spend their gap year skiing will need to choose a school which offers courses in a location they wish to travel to. Some may offer local courses within the UK, while others may offer courses in France, Sweden, or Whistler, Canada.

Choose a School with a Good Reputation

Finally, to make the most of your year, choose a school which is known for providing high-quality instruction and superior experiences to their students. Look at how long they have been in business, talk with those who will be providing instruction, and ask alumni from the training course how they feel about the training program.

When is the best time to go skiing in Meribel?

Things to do in Udaipur with Palace...

Live Your Vacation Dreams with These Campervan...

Going for guided city walks around the...

How To Carry Out An Inspection On...

Everything You Need to Know about Japanese...

Bow hunting and its benefits