Home Travel What makes Bangalore the best city to live in India?
Travel

What makes Bangalore the best city to live in India? 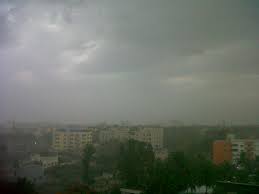 It would not be unfair to say that Bangalore is one of the most popular cities in the world today. As the capital city of the state of Karnataka, Bangalore has lived up to its position and grown into an indispensable cultural and economic hub in India. With the best of education, economy and infrastructure, the city has grown into one that is synonymous with excellence. Here’s why the city is loved by locals, tourists and immigrants alike. 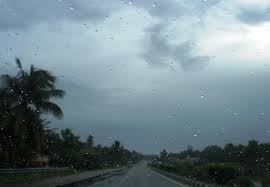 Bangalore is a city blessed with pleasant weather all year round. Located at an altitude of about 3000ft above sea level, Bangalore usually does not experience extreme and uncomfortable climatic conditions. December is the coolest month with an average temperature of 15 degrees Celsius while April is the month of summer peak with an average temperature of about 36 degrees Celsius. Bangalore’s weather plays a central role in attracting immigrants and tourists from all across the world.

Being an important economic hub, Bangalore is a city well connected by various means of transport. The city is equipped with an international airport that is the third busiest in India after Delhi and Mumbai. Well planned and extensive, the airport surpasses international standards and represents a modern India. Namma Metro, a rapid transport system that connects the busy junctions of the city is operational in many stretches and under construction in others. Besides this, the city is the divisional headquarters of the South Western Railways and is well-connected to every region in the country. Bangalore is also home to a comfortable fleet of buses that operate under BMTC. From air-conditioned Volvo buses to airport transfers and regular buses, the public transport system is well-connected, timely and reliable.

Bangalore shot to fame as the hub for software – a reason that led to its title of ‘Silicon Valley of India’. Such was the growth and development that city expanded overnight to include areas and townships dedicated to the IT sector. More recently though, Bangalore has been credited with being home to a large number of start-ups.

Being a metropolitan city of vast expanse, Bangalore has everything for everyone. Equipped with the best of malls and commercial complexes, the city caters to branded goods, native handicrafts from across India. To add a feather to its cap, Bangalore has a nightlife that is enviable. With a large number of pubs, discotheques, lounges, themed restaurants and hotels in Bangalore, you are spoilt for choice.

True to the spirit of India, Bangalore is a city that boasts of cultural diversity. The city is hospitable in that it is home to people from every corner of not just India, but from various countries around the world. With such cultural variety, the city has developed a character that is unique and compatible to all. With no bias and no boundaries, Bangalore acts as a symbol of growth, peace and success.

When is the best time to go skiing in Meribel?

Bow hunting and its benefits

How to Spend 24 Hours in Wrightsville...

Why Choose The Best Pontoon Boats

When is the best time to go...