Some of the travel shows on the web are really amazing and filled with fun facts about exotic far off locations, or even tiny gems about places closer by. If you’re a fan of these shows that tend to air on YouTube and other streaming services, then you know just how great they are. In fact, you probably only have one complaint: You can’t record them. 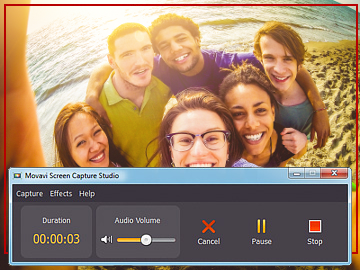 That is the one and only downside of most of these online travel shows – you need to be connected to the internet in order to enjoy them. There is no option available to ‘save’ the shows so that you can watch them later while you’re offline. Normally this may not be an issue, but what if you’d like to take the show with you to watch on your tablet that isn’t connected to the internet? Or how about if your internet connection isn’t great and remaining connected is sometimes difficult?

Whatever the case, knowing how to record travel shows on a PC so that you can watch them offline would definitely help, and to do that the one and only thing you really need is the Movavi Screen Capture.

As its name implies, this software will allow you to capture your screen and whatever is on it. In this case, you will be setting it to record the video that is playing on your screen – effectively allowing you to ‘save’ it so that you can watch it offline later on. If you use the Movavi Screen Capture to do this, all you need to do is:

With the stunning array of features on the Movavi Screen Capture, you’ll be able to record, cut, grab screenshots, and save videos in just seconds. The software really is amazingly powerful, flexible, and yet user-friendly, so you should be able to get used to it very quickly.

Experience the Mediterranean from Kas for a Vacation to Remember

Why Travel Insurance Is Important for Staycations and Vacations Abroad

How to make your travel beautiful

Our Love in Traveling to the Best...

6 Tips to Enjoy Your Vacation on...

Tips for Taking a Summer Trip to...

Get the best entertainment during travelling